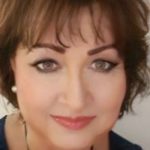 Elsabé Engelbrecht, former Provincial Subject Coordinator for Tourism Education with the Northern Cape Province Department of Education in South Africa,  has more than thirty years of experience as a teacher and extensive experience as a Tourism education manager. As a member of the National Training Team (NTT) for the South African National Department of Basic Education, she has been involved in the training of Tourism teachers and subject advisors and the development of Tourism teacher training material. In 2010 she was appointed writer of the amended national curriculum for Tourism (CAPS) and is currently  Chief Examiner for the exit level examinations (grade 12) in Tourism. Elsabe has also been a member of the Umalusi research team from 2011 -2014 which investigated the quality of the curricula underpinning Tourism qualifications, its assessment and search for international examples of good practice to strengthen the South African qualifications.

Elsabé organised the inaugural National Tourism Education Conference which was held in June 2019 in Kimberley where 300 Tourism teachers were trained by subject specialists and private sector partners. She is also the author of the South African Tourism Dictio-pedia (published in June 2019), a first of its kind dictionary for anyone and everyone working in the tourism industry in South Africa.

GTTP-SA is advised and governed by a board of high level representatives from government and the private sector.

This Advisory Board supports the GTT-SA in two annual meetings where the members advise the programme on strategy, projects, resources, fundraising and educational support.

The  Advisory Board  members are profiled below:

After gaining work experience in the hospitality and food & beverage sectors, Lee-Anne joined Grant Thornton in 1997 as a Senior Consultant and was appointed as a Director of Grant Thornton in 1999. Grant Thornton Johannesburg merged with BDO South Africa in December 2018.  Lee-Anne is responsible for BDO’s Strategy and Development Advisory division which specialises in providing advisory services to the tourism, hospitality, leisure, property and related industry sectors, in both the private and public sector.

Darryn von Maltitz is the former GTTP programme director and the former programme manager of the NBI (National Business Initiative) where she project managed the tourism skills audit on behalf of DEAT and THETA. Darryn is currently employed as a project manager at SSACI where she is managing a college improvement project and the dual system artisan project. Academic qualifications include an Honours degree, the Management Advancement Programme and a post graduate diploma in Monitoring and Evaluation.

Prof Elmarie Slabbert is a professor and programme leader for Tourism Management at North-West University (Potchefstroom Campus). She specialises in the social impact of tourism, tourism marketing, communication, event management and tourism management. Prof Slabbert is a board member of the Southern African Institute for Management Scientists, vice-chairman of Tourism Educators of South Africa and serves as referee for the National Research Foundation (NRF) and various accredited journals. She also serves on the Education Committee as well as the Research Committee of the Faculty of Economic and Business Sciences. She received an Excellence in Teaching Award in 2003 and 2007. After the completion of her PhD she focused on acquiring research funds awarded to her by the National Research Foundation for analysing the social impacts of events in South Africa (2007-2011). After this she received funding from the National Research Foundation to continue her research on the tangible and intangible benefits of tourism to communities (2012-2014). She has authored and co-authored 15 accredited articles and 6 accredited conference proceedings. Since 2005 25 Masters students and 8 Doctorate students completed their studies with success under her guidance. At international level she has presented 26 papers at international conferences. Prof Slabbert has been involved in training tourism educators since 2004 for Wits Business School as well as North West, Western Cape and Gauteng Education Authorities. She has also served on the screening panel for Tourism Textbooks for the Department of Basic Education.

He is an outcomes focused business leader with  strong operations experience and expertise accumulated over a period of 18 years in senior positions at national institutions across the nation.

With a wealth of international traveling experience which straddles across 5 countries in Saudi Arabia, Malaysia, China,  Japan and Indonesia in Asia, 5 in Europe namely Ireland, France, Spain, Italy and Greece. Lulamile is  a credible and beneficial agent of business and social transformation.

Robyn acquired a wealth of knowledge, expertise and experience when she was a former CEO of ASATA for 5 years and whilst working in marketing and sales for Diners Club International for 8 years.

As Chief Education Specialist, Ms van Pletzen is responsible for curriculum implementation and management in the three services subjects: Tourism, Consumer Studies and Hospitality Studies, a position she has occupied since January 2017.  Her experience in the services field was developed over a number of years through the various positions she has held, including the senior education specialist for the Free State Department of Education.